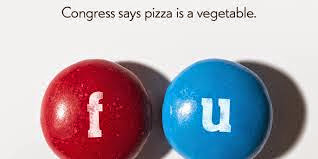 Wake up America. You have been lied to. Got your attention? Good. Everything you’ve been told about diet and exercise for the past 30 years is dead wrong. This 99 minute doc and official selection at Sundance, is billed as the film the food industry doesn’t want you to see. Produced by Katie Couric, Laurie David (Oscar-winner AN INCONVENIENT TRUTH), directed by Stephanie Soechtig, FED UP should provide you with enough facts and data to change the way you eat forever. And it is a shocker, even if you are aware of the bad things in our diet as most of us are.

It is jam packed with facts. The fifty five plus forms of sugar that has been added to our foods, exercise and why is doesn't work, about what is in our food and school lunches as well as what big industry, our own government (USDA, FDA, Surgeon General) and the insurance folks are doing to subsidize the fast food industry to keep those medical bills rolling in. The role of advertising (TV, print, etc) and junk food marketing in general (store displays, easy and cheap access all around us) has set up our children for failure in the name of the almighty dollar.

According to Fed Up, we are eating ourselves sick and spreading our horrible diet to the rest of the world. It attempts to answer why diabetes and a myriad of other health problems is on the rise, even as gym memberships have increased and the diet industry take in billions of dollars each year. The United States is over 51 percent at risk of obesity related diseases, with around 20 percent of these people being thin. Those diseases commonly associated with obesity include heart disease, insulin resistance, diabetes, stroke, cancer, dementia.

Ms. Couric began to notice that she was covering more and more storied about childhood obesity as her career advanced, and felt compelled to convince Ms. David to work with her to make the film. A generation or two has followed commonly accepted dietary guidelines that have produced sugar and carb addicted progeny who are more obese and overweight than any American generation before them. The film states that we should be eating real food and cook and buy food that isn’t packaged and processed with a huge number of ingredients, preservatives and a lot of hidden sugar.

The Doc follows several families living primarily in the south who have young children who struggle with weight and deal with generational obesity issues. Originally feeling it was due to heredity and culture, the families learn the real reasons as to why they are struggling. One young teen even undergoes bariatric surgery in an attempt to help him become healthy again. The World Health Organization states that no more than 10% of our daily calorie intake should come from sugar but what is shown is that that is exceeded before most breakfasts are consumed.

The film includes the testimony of at least six doctors who are experts in the field, two public policy makers, nutritionists and several politicians, including Sen. Tom Harkin and former President Bill Clinton, who himself was forced to deal with health and lifestyle changes post presidency. The film intends to be compelling, yet produce an outpouring of moral outrage as well as present the issues in simple, understandable ways. It is successful on all counts. Time to get Fed Up.

I would call Fed Up a must see, if you are responsible for anyone's diet, including and most importantly your own. It is not overly preachy and has been written to be presented clearly for every man and woman to be able to hear the reality, learn the need to explore options and make healthy lifestyle changes.
(Review by Cheryl Wurtz)