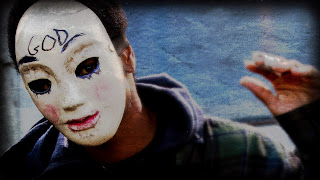 UNIVERSAL PICTURES AND BLUMHOUSE PRODUCTIONS
BRING THE PURGE: BREAKOUT INTERACTIVE ESCAPE EXPERIENCE TO THE DALLAS IN ANTICIPATION OF THE UPCOMING FILM
THE PURGE: ANARCHY

WHAT: THE PURGE: BREAKOUT is an immersive escape-game experience traveling throughout the United States in the summer of 2014 that is based on the world of Universal Pictures’ THE PURGE film franchise. It’s the annual Purge Night, when citizens across the country exercise their right of anarchy. Your group is being held captive by a demented psychopath, 30 minutes before The Purge begins. Trapped in his house, groups must work together—solving a series of increasingly complicated, mind-bending puzzles and clues—to breakout from captivity and survive the most terrifying 12 hours of the year.

Based on popular escape-room adventures taking Asia and the United States by storm, this mobile attraction will be set up in unique locations across America, fully immersing visitors into a horror experience like no other.


The New Founders of America invite you to celebrate your annual right to Purge. The Purge: Anarchy, the sequel to summer 2013’s sleeper hit that opened to No. 1 at the box-office, sees the return of writer/director/producer James DeMonaco to craft the next terrifying chapter of dutiful citizens preparing for their country’s yearly 12 hours of anarchy.  Returning alongside DeMonaco to produce The Purge: Anarchy are Blumhouse Productions’ Jason Blum (Paranormal Activity and Insidious series), alongside Sébastien K. Lemercier (Assault on Precinct 13, Four Lovers) and Platinum Dunes partners Michael Bay (Pain & Gain, Transformers franchise), Brad Fuller (The Amityville Horror, A Nightmare on Elm Street) and Andrew Form (The Texas Chainsaw Massacre, Friday the 13th). www.blumhouse.com/film/thepurgeanarchy

THE PURGE: ANARCHY opens in theaters nationwide on Friday, July 18, 2014.