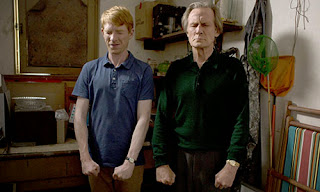 As a guy I can fully tell you, I actually kind of liked this. Is it my cup of tea? No, but I can acknowledge that this is a well put together movie. The directing is good as it is helmed by Richard Curtis who has brought us Love Actually, Notting Hill and Four Weddings and a Funeral. So from that list he has a style. Is it the same Romantic Comedy "Hollywood" feel like his previous? Yes but it is still enjoyable, charming if you will. Curtis brings us another romantic story but this involves time travel. So there is a slight edge to this one than his others but I really enjoyed that aspect. The acting is good. Domhnall Gleeson and Rachel McAdams are the main couple throughout the whole movie but Bill Nighy plays the father of Domhnall's character. Nighy was the best part because he added that father-son relationship that you don't see much in romantic comedies, and I can relate to it. The cinematography is nothing to jump up and down about but it's standard stuff . Its edited and paced well and it held my attention.I took a woman with me and she enjoyed it a lot. I said it was charming and I can acknowledge it's a well made movie, it is just not my cup of tea. 7/10
(Review by Chase Lee)

Email ThisBlogThis!Share to TwitterShare to FacebookShare to Pinterest
Labels: About Time, Chase Lee