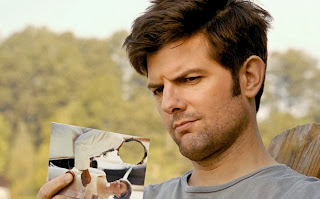 This is a fun movie. It has charm, heart and some big laughs. The directing was very well done considering that the cast was all comedic actors and actresses. To direct all that talent with class and appeal is hard to do. The acting is great with a cast stacked with great people such as: Adam Scott, Amy Poehler, Clark Duke and Richard Jenkins just to name a few. The actors brought the laughs and the heart to tug on those heart strings. The cinematography is good but there is nothing special there. The editing is paced to make this hour and a half movie fly by from the interest of these characters. This also has one of the most open ended endings I have ever seen but I liked it as well as the whole movie. It was charming, funny and I have a soft spot for it. I wouldn't rush out to go see it but a strong matinee will do. 8/10
(Review by Chase Lee)