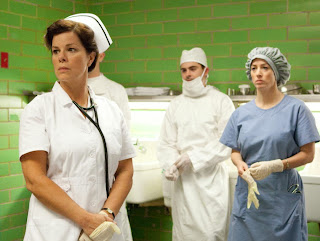 Peter Landesman’s Parkland opportunistically arrives in theaters a month before the 50th anniversary of JFK’s assassination. It claims to give us a different viewpoint of that event – the scene at Parkland Hospital, the angst of Abraham Zapruder and Oswald’s brother Robert. There’s certainly much pedigree to its production. Tom Hanks and Bill Paxton are the producers. Billy Bob Thornton, Paul Giamatti and Marcia Gay Harden provide intelligent star power. Even Zac Efron’s presence is not wasted. However, whatever new spin is sought in Parkland, the result is a bloody misfire.

For all the earnest attention to detail, the actual assassination is shunted and we never really see the Zapruder film except for through the too-arty reflections in someone’s glasses. This first-time director may be over his head. Did John and Nellie Connelly’s presence at Parkland get left out because of budget issues? Or was his focus too narrow?

During several sequences you could hear a pin drop in the theater. The subject matter is still compelling as hell and there’s an audience for it. But there’s too much prejudice involved and ultimately, depression. Could there be a sadder national tragedy? Of course, many could cite 9/11 and the latest rounds of mad public shootings. But the JFK assassination arrived with a greater shock and before our culture had become inundated with 24-hour violence. It was like some ancient myth; the King is slain and the Kingdom fell to darkness.
This is a big topic, but Landesman makes it small and almost so contrived that it’s another sad, missed opportunity. Whatever new light is shed gets extinguished by all-too familiar techniques. His film looks too much like so many History Channel renderings of the event, with a mix of real footage bumping into stand-in actors. Hand-held camera movements are simply annoying. The scene of the motorcade’s arrival at Parkland is chaotically staged, much like the climax of Peter Greengrass’ United 93. One wonders if this is the only way non-theatrical directors can stage bedlam, or if this is the only way to capture such horrendous scenes.

Too much attention is given to JFK’s casket arriving at Air Force One before take-off from Dallas. Again the scene is staged poorly and the background music reeks of pretention. For real pathos, check out real documentary footage of Jackie and the casket arriving in DC.

The real problem with Parkland is that the audience already knows more than the director/writer is capable of telling us. Not to mention that any film that tiptoes around Oswald’s involvement with the assassination insults the audience or is just plain cowardly..
(Review by David Bacon) 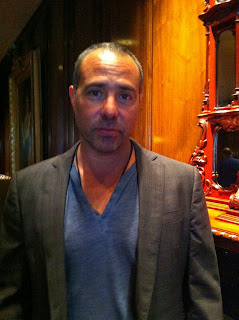