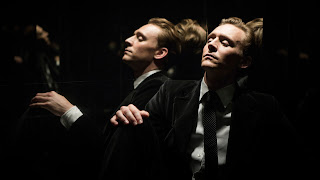 This film that tells the story of an apartment building gone into a chaotic mess certainly delivers a shock factor. A man named Dr. Robert Laing, who is played by Tom Hiddleston, is a newcomer to a futuristic apartment high-rise that has some of the oddest inhabitants. He soon finds himself in an immense battle between the different strata of floors. There was a lot of explicit sex and jarring violence that I have to say added to the slightly off story.

I do give credit to the computer graphic artists and set designers who made this film because of the convincing scenery that permeates the picture. The skyscraper apartment building had a most modern look of the top extending over the body laterally. I thought the guys who made that possible made their clever idea shine as the center for the film. The set designers made the gradual degradation of the inner structures of the building believable and engaging.

The story was a bit hard to follow. The whole film was almost as if it was trying to explode in your face and that was it. We see in the beginning scenes that Dr. Laing is in a stranger than comfortable place. There are some men who just keep on popping out and giving him an unfriendly look. We get the sense that this will be a disturbing thriller right from the opening. I do give credit to the director and writer for making that come to the screen. I think one line in the script was one of the best that I have heard at DIFF 2016. Laing gets too close to another man and the guy goes “I’m an orthodontist, not a homosexual.” That caught my attention as an appreciating film-goer of good humor. The line gave a universal characteristic to all the inhabitant characters of the building.

People are able to afford units in this place but have something hidden in their hearts which can be harmful to you. Jeremy Irons plays Anthony Royal, the architect and person of supremacy for the building. In a scene, Dr. Laing goes up to Royal’s grand penthouse and steps out on a spread yard on top of a building. It is incredible to see the exclamation point of luxury that Royal commandeers. Scenes like these make the rest of the battle in High-rise more understandable to an extent. The film was good to watch but it needed some tidying up to make the chaos translate more effectively.
(Review by Wyatt Head)