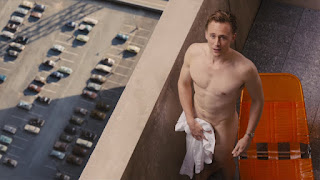 Plot:
Life for the residents of a tower block begins to run out of control.

Pros:
They tried? Seriously, maybe the production design is good, that’s about it.

Cons:
To start off, the story isn’t that interesting and really is just two hours of social class warfare within an apartment tower thing. The characters, for the most part, are unlikable and some are unnecessary. With the story and “plot”, it’s messy in the structure and incoherent to the actual plot and knowing what the heck is going on half the time. There were too many random moments that would happen and be either never addressed again or be shown, go to something else and come back it for really no reason. And the last thing that bugged me was, and I hate using this word, it is pretentious. The movie thinks too highly of itself with its random editing and swelling music to force us to feel something as an audience member.

Pros:
Tom Hiddleston and Luke Evans delivered a good performance for how they were directed.

Cons:
With this stacked cast, everyone else was just ok and some are very outlandish and I didn’t believe anything from anyone.

Pros:
Some of the visual choices were neat and colorful to look at it adding a certain flair to it, so it at least sticks out from other weird movies like this.

Pros:
The special effects, for the budget they had, were ok and didn’t really take away from the film.

Cons:
Since I was taken out of the movie, it was a chore to sit through and the choppiness didn’t help and just added more frustration.

Overall:
Everyone will come at me and say that I didn’t understand the abstract nature of it. I will come back with movies like Videodrome and Mulholland Drive as they are some of my favorites of all time. The difference is that they are delivered very well from every aspect of filmmaking. Listen, I realize that people will love this movie and that’s great, but for me, it was just a mess. This movie is not for everyone and definitely not for the casual movie going audience.