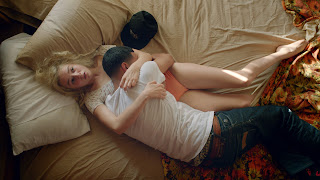 Opening:
This film raises questions, whether if it’s about the themes or the quality of the film, there is something there. Let’s get reel and break this down.

Plot:
Summer, New York City. A college girl falls hard for a guy she just met. After a night of partying goes wrong, she goes to wild extremes to get him back.

Pros:
Once the hook of the story is presented, it is an engaging story but a frustrating one with the naive nature of the main character. I have to commend the director for setting this story in the gritty, realistic setting of New York. You feel like you are there hanging out with these characters.

Cons:
The majority of the movie there isn’t anything compelling of the main character except she parties, does drugs, and has sex. So basically a normal person in their twenties. Not only that, once the hook happens she goes through a series of events to help someone and at the end it was all completely worthless and she was just dumb in making her decisions. Everyone else, besides the drug dealer she falls in love with is extremely unlikeable and it’s hard to get behind anyone. Speaking of the drug dealer, he is definitely the most interesting with the most complex character. Listen, I realize it is a love story based on lust and, when people are like that they aren’t thinking clearly, I get it but the main character was like a grown child that didn’t know anything of the world and consequences. And finally, some themes of prejudice and the justice system are brought up but never really explored at all and just scratching the surface. That would be very compelling.

Pros:
Despite the characters and how they are portrayed, the acting is very good and the drug dealer was my favorite in terms of character and performance.

Pros:
The gritty, handheld look of the bellies of New York provides a rich and dense environment making the whole movie feel grounded.

Pros:
With overall dislike of the main character, it made me want the movie to end; however I was intrigued on how the movie was going to even end.

Cons:
If you don’t like movie with a lot of sex and drug use, then you will hate this movie and it will be 88 minutes of torture.

Overall:
There are a lot of themes that could have been explored but ultimately it was mostly just a girl having fun leaving complex character arcs to take a back seat. Not going to lie, I might watch it again as it hits Netflix in the fall; but I am not betting on it.