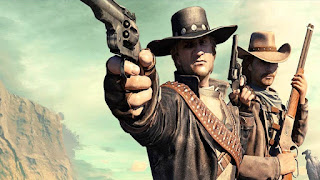 Their is a reason I don’t like horror movies. One cares about characters, but then suddenly they perish via death or some ridiculous scenario dealing with involving with skulls and crossbones attached.

I recently had the chance to review a horror movie I was curious about, so I inevitably took one for the team. “The Wind” can probably be qualified as a mystery suspense-thriller, but I think it belongs in the horror genre.

“The Wind” essentially follows a woman living on a a farm in the middle of nowhere on an open plot of land in middle America. The closest residence is visible from about a mile away since one can see the lights from windows across the plain.

Like television’s amazing “Hill Street Blues,” no set place ot piece is ever even mentioned in the titles. For arguments sake I would classify this as 180'0s middle America.

The weird thing about this flick is that first names are not really mentioned too much.Their is an entire sequence where the two women play a guessing game mentioning both boys and girls names.

So the reader knows, the characters names are Lizzy Macklin (Caitlin Gerard) and Emma Harper (Julia Goldani Telles). The duo sgare a close kinship because they are in the process of becoming expectant mothers.

I hate to say it, but I’m glad to be living in 21st century in modern day America. I’m a little spooked by spirits and the undead.

At the helm of directing this disappointing tale is Emma Tammi. “The Wind” did receive some accolades last year from the film community in Philadelphia.

The reason being, I think I’m a little too spoiled by all the amenities offered at our doorstep that can be accessed by a pinging on our modern devices. Like I’ve said in the past I am not a fan of this genre altogether.

Mix in some ridiculous shenanigans and I am all in.

For example, I thought Tobe Hooper’s “The Texas Chainsaw Massacre 2” starring the great Dennis Hopper was worth a re-watch. I even own the special edition on blu-ray.

I also relish anything that involves the undead and comedy. Some of my favorites are Kathryn Bigelow’s vampire tale “Near Dark,” Edgar Wright’s :zombie-comedy ”Shaun of the Dead,” Todd Holland’s “Fright Night,”Peter Jackson’s “Dead-Alive” and “The Fighteners.”

As a matter of fact, they even did a zombie comedy musical last year titled “Anna and the Apocalypse.” I did not find it amazing, but I did give it a B- last year.

Going back to “The Wind,” there are just too many “boo scares and jumps” to even recommend this at all.

It is just a silly piece of popcorn entertainment. Nothing profound, earth shaking or intriguing to say the least.

Like I’ve said in the past, It’s like a so-so case of Chinese take out. It suits the palatte for a brief spell, but less than an hour latrer, your tummy wants something more substantial in your stomach.