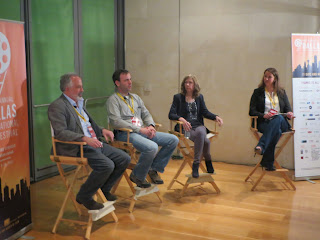 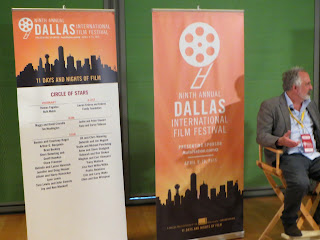 
Q: Why would you need a lawyer if you were making a film?

A: Where to begin? Whoever wrote the book will have rights. You can’t just take a book and make a movie. There are securities laws of getting funding. Hiring people, contracts, stuff like that needs concern. Tracking down the author if he’s deceased there’s estate issues. Foreign publishers, different copyright laws are concerned. Intellectual property rights are involved. You can’t steal property. You can’t just go ahead and make the movie. There is an option to purchase rights of a story to make a film. You don’t want to already purchase rights to something you’ll never make.

Q: What if I did a documentary?

A: You have all the same issues, maybe some additional with real people. There’s no clear need although to base it on a property. There are creative and legal reasons if you do base it on a property like a book. There are benefits of basis on a book. There is also an open field to do a movie that you want to do a movie on because of the first amendment. Anybody can make a movie based on facts. It’s easier to get rights to a book sometimes. Argo is an example from getting rights from a magazine. There are considerations of private vs public facts. If there’s a famous person who is a basis for a movie that is also a consideration. If you read a book and want to make a movie out of it was it widely published? Did what was in the book become public knowledge or is it invasive to privacy? Any distributor will ask you for your rights bible to do what you did. Documentaries are different than narrative features, because there is clearance, which includes fair use and you can save yourself from infringement. You have to make friends with legal allies.

Q: With the recent Scientology movie, how did they get to use those unflattering clips in that film?

A: I did a movie on lawyers in ‘06 but that was a time when the libertarian view had taken over. It was the same time when “This Film Is Not Yet Rated” came out. People were realizing instead of going to the studios who owned these rights, you could use the fair use trick. There were four elements you had to fulfil. Depending on how you use transformative use and depending on the circuit were some of them.

Q: We need to talk about if I have an idea and I tell somebody, can it be stolen?

A: You can’t copyright ideas. You can protect ideas with contracts such as verbally in California. You have to be an established filmmaker who would be capable of making it. In the other states you can protect by contract. We try to use written contracts. If you have an idea for something that you think is great, you have to write it out. You have to be willing to pitch. If you’ve got a great idea you can do full treatment and register it at the WGA. Then if somebody steals your idea and it’s got all of the plot themes, characters, and everything in it, you can prove infringement more easily. You can pull your filling at WGA. The most important part is that if you’re not established you have to get represented. People are afraid of getting sued if you’re Joe Schmoe with an idea and you come to them in California.

Q: Let’s say my stuff is protected. What do I do to get funding?

A: Well there’s crowdfunding now. There’s two types non-equity and equity. All crowdfunding until recently was a gift. Now there are other things. If you’re going to be doing equity funds, you have to be in the scary world of SEC compliance. The conventional approach is if you’re a certain investor with means and accreditation, you’re protected by the federal government. You can raise money from investors still subject to SEC compliance. That’s good for filmmakers who have rich friends. For the first time on Indiegogo and Kickstarter the SEC allowed folks with lower incomes to receive equity where you can get a return. Equity is when somebody owns a piece of your film. Congress has regulations on this. Texas says you can only raise a million dollars with this. Especially for a low-budget film, you can sell 100 dollar units, but now you have a thousand partners in your movie. You have to think about that. The larger the single investor was the likelihood they wouldn’t complain. The smaller wealth investor will have more of an impact of there is no return on a film in equity. There is a PPM you can do to. You don’t have to register the securities you get but you still have to do notice requirements and disclosure requirements. If you’ve got four rich friends and they want to come on board they can become producers.

-There are a lot of legal details to concern when making a motion picture. It’s different depending on what state and it is vital to get counselling from an entertainment lawyer.
(Reported by Wyatt Head)