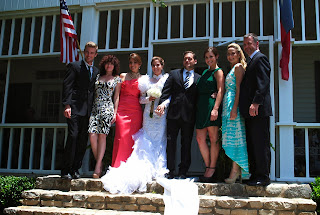 Simply put this a boring, badly acted movie that could have easily been a short film. The overall direction was average at best and it felt like a student film. The subject matter was boring and I didn't care about any of these characters or any of the situations. If this was a thirty minute short film it would have been more impactful but, because it was made into a full length film, it felt like beating a dead horse and you could have wrapped up everything in thirty minutes. The acting was very amateur and it shows. Its wooden and doesn't ooze with a single bit of compassion, however the actress who played the older sister was good and I liked her. If everyone was on her level of acting it would have made the subject matter more caring. The cinematography was ok. This story is dialogue heavy and so nearly every shot has a person in it and you can only be as interesting as the basic shots with people in it (close-ups, medium shots, long shots, and occasionally putting the characters to the side of the frame). The movie is an hour and half long but it feels like three hours. This movie drags because of its overly stretched story and uninteresting characters. The worst offender is the ADR in this film. It was sometimes off and you can tell it was ADR because it wasn't mixed well with the scene and it sounded like it was recorded in a booth. This was not a great start to the festival 3/10
(Review by Chase Lee)

Posted by Dallas Movie Screenings at 8:22 AM