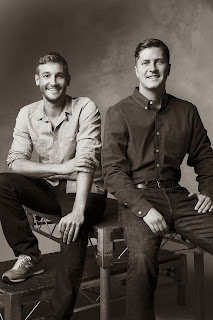 This documentary made me so angry. Not because I didn't like it, but because same-sex marriage is an issue that took over five years to approve. This is an important documentary to watch especially in today’s time. I have always been for same-sex marriage but watching this documentary showed me the stupidity of people trying to ban it. What this documentary does well is show us that people that are gay are no less human than you and I that are straight. I hate the fact that proposition 8, the bill to ban gay marriage, took over five years to finally be dropped. Appeal after appeal, the supreme court wouldn't let up and seeing these couples going through with this and having people get in the way of their happiness disturbs me. This documentary provoked emotion from me and that's what a documentary is suppose to do. A documentary is suppose to propose a side, or sides, of an issue and you decide for yourself if your stance on the matter has changed or not. Whether you are for or against gay marriage, I think you should still watch it and you will know what it means to be human and actually care about our own race. Just like the issue of when it was illegal to marry mixed race, this is a compelling documentary as this issue, which I think we should be concentrating on more problems in the world, is still debated and hopefully this will open peoples eyes on how dumb it is to be concerned with this issue and make a big deal out of it. 10/10
(Review by Chase Lee)

Email ThisBlogThis!Share to TwitterShare to FacebookShare to Pinterest
Labels: Chase Lee, DIFF 2014, The Case Against 8 review