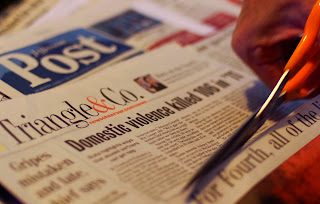 Private Violence is a feature length HBO documentary, that premiered at Sundance, about the national wide epidemic of domestic violence. The filming takes place over the course of a year in North Carolina and follows Deanna, who was kidnapped by her estranged husband Robbie and is trying to navigate the legal system with some agency support and build a new life for herself. Husband Robbie, a few years back, took her and viciously beat her in the back of his semi truck cab over the course of four days while traveling across the country and were finally pulled over by Oklahoma police, after friends expressed concern for her welfare. She was taken to the hospital with horrific and shocking injuries which were documented while Robbie was released and not arrested. Kit Gruelle, a domestic violence victim turned domestic abuse advocate, assists her in finding her way through the complex system of courts through the support of women's shelters. She also counsels and advises the other women that we meet in the course of the film, including one partially blinded women who is in prison after killing her long time abuser in a last ditch attempt to break free from the abuse. The legal system is the groaning quagmire that their lives become lost within, where they are not guaranteed justice or protection but have to rely on advocates and shelters to support them and help meet their needs and raise their self esteems so that they want to continue to want to do something about their situations.

Domestic violence is not a new subject but through Kit, we learn the depth and scope of the problem in just one little corner of the country as she holds a file holding one year's worth of cases that ended in the deaths of the women. The women who survive face numerous and frustrating obstacles in keeping and raising their children while seeking the justice that they deserve. Ms. Gruelle in a Q&A called a restraining orders the “last will and testament,” and gave us the number of cases where women have been killed after being told that that is what would happen to them once the order was issued. (approximately 1,700 annually ) "Why don't the women leave?" becomes the question of the day. We find ourselves sitting in judgement and telling ourselves that we wouldn't put up with it and that we would leave such situations but many reasons are explored through out the film, such as out and out fear, partner manipulation, isolation with no support systems, lack of assistance from law enforcement, fear for their children's safety, fear of having their children taken away by CPS, inability to support themselves, low self esteem, threats and passive aggression, a desire to not take their father away from their children (a bad one is still a father), repeated broken promises to change, or they chose to live with what they grew up with and what is familiar in generational abuse.

Realistic yet often hard to watch at the same time, the film is a genuine and accurate portrayal of what just a few women among hundreds of thousands are experiencing all around the world. It is a necessary, pertinent vehicle for portraying domestic violence realities in an effort to get us to think about the long term costs to these women, the children who grow up watching and the legacies they will continue to hand down generationally. Our society appears to be so desensitized to the depth and scope of all forms of violence that women are often beaten to within inches of losing their lives before they can get attention and legal intervention. Director Cynthia Hill's film brings the subject to us up close and personal and is a necessary view into evil.
(Review by Cheryl Wurtz)